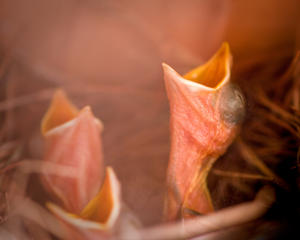 You’ll never have guessed this, kraken-lovers, but I’m an arsy old scrote. I’m an even arsier old scrote first thing in the morning. So you can imagine what I was like when I received my local paper at breakfast time yesterday only to see a headline that made me rage Fruit n Fibre from my left nostril. See, that’s because the paper carried the front page headline of ‘Children crying with hunger at school’.

Feel free to take a breath/ gasp there. It got worse though. The headline was followed by an article that explains how the people using my local foodbank in South Wales have tripled in the last year, feeding 137 people in April alone. More than half of the people who used the foodbank up to March 31 did so because of changes to their benefits.

Worse, of the 1800 people who have needed the foodbank since it opened fifteen months ago, one third of those have been children. The article included quotes from those involved including, “I heard about children who came to school crying because they were hungry”. Their parents couldn’t afford to feed them breakfast.

No, I’m not shitting you when I say that I read those words yesterday, Wednesday 8 May 2013 because for a moment I thought that my local paper was reproducing extracts from Oliver Twist. All that article lacked was a description of a workhouse and a fresh outbreak of rickets.

It makes me want to set fire to the world and then refuse to piss on it.  I can’t get my head around the fact that in 2013 children are crying in front of their friends and teachers because their bellies are painfully empty. Equally, it’s beyond my comprehension that parents have to wave their kids onto the school bus knowing that they can’t afford to give them a slice of bloody toast.

Remember the days when kids got in a panic because they weren’t wearing the hottest brand of trainers? Well, you can stuff that in my part of the world because in schools here they’re fretting because they have to hide their empty sandwich boxes from their mates.

What in the simpering fuck is going on? The UK is supposed to be one of the globe’s strongest democracies, one of the leaders of the Western World and yet it’s just luck and charity that stops its children from starving? Thing is, I know how we got to this point but I’m beyond giving a shit about the bloody causes. All I want is to never have to read a headline like this again. Well, fat chance.

George Osborne is determined to throw an entire generation under the bus to make up for our bankers’ failings and Iain Duncan Smith has decreed that poverty is punishable, so punishable that watching your kids turn pale and gaunt is the very least you can expect for not having a trust fund to fall back on.

See, the Tories splutter one sound bite after another about belt-tightening, austerity measures and scroungers but real life isn’t about cooing quotes and spaffing policies. When a Government stands by and actively watches food being taken from the fists of children it’s not politics or economics. It’s just plain fucking immoral.

Worse, for the desperate souls who rely on foodbanks to help keep their kids alive, their lives have already taken their black-hearted toll. The frost of poverty is already in their bones, lying in the shadows on even the warm days. There is no difference between everyday life and austerity measures because they are one and the same. Austerity is nothing new. It’s just life and it always has been. Asking someone who has spent their entire existence cutting back to cut back even more has become a final indignity that their hungry children now have to bare too.

So when I read headlines like this one, I don’t think of how we all have to tighten our belts. I just think of the faces of my five year old daughter’s school friends when they see her eat a snack that they can’t afford. I see her teachers who have to deal with the fallout of the Government’s immorality by cadging food for their hungry pupils. I see a generation of children for who, even at the age of five, hunger has taken hold of their bellies and their bones. That’s not a future. It’s a failure.

What do you think of this post?
Fucktastic (33) Interesting (0) Meh (0) Boring (0) Shite (0)
This entry was posted in Public and tagged children, hunger, poverty, schools. Bookmark the permalink.