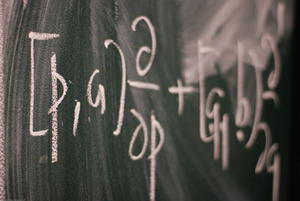 Oh, thank fuckety fuck for that. The school holidays are over and I can go back to taking hour-long shits during the day without a small child asking me if we can fashion entire city-scapes from a torn Cornflakes box and a dried up gobbet of Blu-tack. Seriously, my emergency hospital stay thanks to what could have been a highly infectious death (hence my blog absence) was a piece of piss compared to the other weeks of summer frolics. Then again, that was before I saw an article in The Sunday Times Style magazine crowing about the importance of what mothers wear in the school yard. It was at that point that I ripped out my triple-header IV of vein-shredding antibiotics and offered the Grim Reaper a blow job.

You see, said magazine spaffed two whole pages on a feature entitled Cool for School? And it opened with the line “You’re kids’ outfits might be sorted but what are you going to wear on the first day of term?” It then went on to blart about Google searches related to “what mums should wear back to school” going up by 40 per cent this year and how “your school uniform has the potential to give away your views on motherhood, how you are managing your work/ life balance and whether you’re coping at all”. Indeed, that’s why this school year I shall mostly be wearing trousers that tell the world how I’d like to set rip the face off the next fucker who thinks I give a shit about what women wear to pick up their offspring from school.

Who in the blathering staggerment of ruptured cockage actually cares about this stuff? I have no idea what it must be like to pitch up in the school yard more concerned about the flounciness of my peplum than the fact that I’ve still got six hours of work to cram in after Kraken Junior’s bedtime. I can only assume that those people who do fret about this stuff contain more vapidity than sense and equally have so much time to spare that they could do with donating their organs to a more useful cause.

Anyway, does no-one actually believe that women have enough to contend with as it is without turning 3pm school pick-ups into Paris Fashion Week? For long enough now we mothers have been complaining that we have to raise kids with one hand, secure merger deals with the other and wash the floor with the mop that’s been wedged up our arses. So instead of the world cutting us some slack it’s decided that the sliver of time it takes to get from the office to school must be spent shitting our perfectly designed pants over how we look.

And you know what I really fucking despise? How this myth – that we must perfect the playground look – is perpetuated by women. In fact, the Style mag feature is written by a woman and the quotes throughout are from women which makes me want to distil feminism in a lab until I have a heart-shattering concentrate. I’d then slip it in their designer drinks whereupon they will wake, stare at their over-dressed school-yard compatriots and holler “What in the crusty fuck!” before eschewing their Miu Miu coat for a bin bag.

And it’s no surprise that it’s women who make the school-run such a fucking nightmare. It’s because magazines and papers and the televisual cock-drip of any given ITV daytime show tells us that if we don’t drag our kids from the yard while sporting fuck-me pouts and holding-it-together boots we’ll not just destroy our own hopes of popularity but we’ll also destroy any hope our kids have of not becoming self-harming meth-heads by the age of fifteen. And who wants to endure that for the sake of not buying this season’s must-have scarf?

One of the blessings of living in my town is that none of these Intolerable Rules of Fashion Wank actually apply. That’s because the levels of poverty hereabouts are such that most women are respected for owning a fleece without holes in it. Believe me, if any woman turned up at Kraken Junior’s school in Isabel Marant shoes or a Celine skirt we’d think she was a drug dealer and report her to the police.

All of which is why Style magazine, and anyone else who wants to tell me how to dress to pick up my kid from school, can roundly fuck itself with the latest It-bag. You see, this term I’ll be mostly wearing last winter’s anorak, the only jeans I own that still fit me and a jumper that’s bobbling itself into one giant pom-pom. But there is one part of me that remains deeply stylish and that’s the part of me that really doesn’t give a fuck about what anyone else thinks about it.

What do you think of this post?
Fucktastic (49) Interesting (0) Meh (0) Boring (0) Shite (0)
This entry was posted in Culture, Parenting, Sexism and tagged motherhood, school yard. Bookmark the permalink.

Leave a Reply to The Kraken Cancel reply