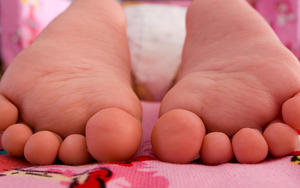 When it comes to the No Shit Sherlock school of journalism, the story that the anvil-haired Simon Cowell is refusing to change nappies after the soon-to-be birth of his scion is up there with the Daily Mail waving pitchforks at immigrants. See, when he was interviewed by BBC Breakfast yesterday he blathered, “I think I will be a good dad, so I’m excited,” yet when asked about his desire to plunge his over-tanned digits into curling baby turds he said, “I’m not doing that, 100 per cent absolutely not going near that.”

And you know what? I actually don’t blame the over-yachted, Sinita-shagging pop-botherer because if I had a choice upon becoming a parent I’d have never gotten tar-like meconium smeared across my knuckles either. That’s why today, rather than upbraid Cowell for being the archaic 80s parenting throwback that he is, I’m going to treat you to all the other parenting tasks I’d rather not do either. Promise me that you are now in the brace position:

Giving birth: When it comes to actually producing another human being the only woman I can think of who has gotten it right is Dumbo’s mother. If I could have spared my vagina the trauma of being split like an over-ripe banana by having an actual singing stork deliver Kraken Junior in a bed-sheet parcel I fucking well would have.

Snot picking: Oh, but it’s not just plucking the lime-green, globular snot from a miniscule nostril with my little fingernail that makes me shit shards of frozen spinal fluid. It’s also having to hose down the living room after a grape-sized snout has shot viscous mucus from its cannoning nostrils in a booger-laden re-enactment of the Crimean War.

Playing I-Spy: I shit you not, this game should be offered to teenagers as a form of contraception. Just one ten minute slot of listening to a four year old holler “It’s B! B for chips!” while hurtling down the M4 would render them as sexually incapable as a monkey with its cock caught in a hairdryer. God knows, it certainly has me.

Playground chat: If in a Cowell-like splurge of cash I could hire someone to engage in inane school-yard banter at 3.15pm every day I’d invert myself with delight. Nothing but nothing makes me wonder what in the fuck is to become of my life more than passing small talk about the repainted school fence. For fuck sake, get lives, all of you.

Public shits: You know the reason why my five year old knows all about periods? It’s because I haven’t inserted a tampon alone since her head shattered the orifice into which it slides. The same goes for peeing and plopping and anything else that results in her pointing at my verdant bush before buckling her legs with her own shrieks.

Questions: When I was pregnant I recall hoping that my child would be inquisitive. Now that she is I am desperate for her to shut. The. Fuck. Up. I’ve answered more questions during the five years of Kraken Junior’s life than I did in my entire academic career, most of them when I am mid-shit/ up a ladder/ attempting to mow down a lollipop lady.

Carrying tat: First it was the ball and chain otherwise known as the change bag. Now it’s a burned out skip parading as a handbag. Seriously, if I’d ever harboured aspirations to hoard tiny knickers, crushed Quavers, bobbles, various crayons and a selection of unwanted sweets spat into tissue paper I’d have opened an outlet of Mothercare in a fucking squat.

All of which is why if Cowell doesn’t want to change a nappy it’s for the same reasons that I never want to scrape loose turdage from a baby’s entire back ever again either. Yeah, parenting has it’s up sides but I’ll be fucked if dealing with the produce of a tiny arse is one of them. Cowell darling, I’m with you all the way.

What do you think of this post?
Fucktastic (18) Interesting (0) Meh (0) Boring (2) Shite (1)
This entry was posted in Parenting, Personal and tagged motherhood, simon cowell. Bookmark the permalink.