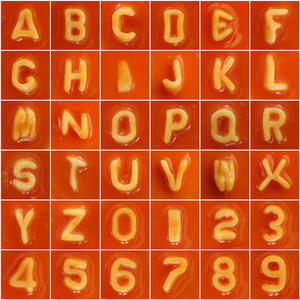 Holy fuckaloney. You know, when you become a parent you are told repeatedly that it’s an experience that’s liberally scattered with joys and delight? And yes, that may be true. What the bastards fail to tell you, though, is that it’s also an experience that’s liberally scattered with the feeling of wanting to stab yourself in the face with a chip fork. Your child decreeing that she’d like to play I Spy in the car is one of those moments.

Seriously, when Kraken Junior tells me she wants to play I Spy my strongest response is to drive us off a cliff, like Thelma and Louise but with more foaming at the mouth. In fact, I would actually rather hear her declare that she is bleeding profusely from the head than fancying an hour of me trying to guess what in the fuck she is talking about via the medium of the shouted alphabet.

Now Kraken Junior is five years of age. I really don’t expect her stabs at I Spy to include words that would make MENSA sit up and take notice. I do, however, expect her forays into the English language to make more sense than the verbal delirium that usually passes for an in-car game whenever we’re hurtling at 70mph.

Take, for example, the last time we tried to keep ourselves entertained while bothering the local byways. I wanted to curl up in the foot well of the car and gnaw on my own toes. Kraken Junior wanted to play I Spy. I Spy won.

So she started with her drawn out “Iiiiiiiiiiiii…spyyyyyyyyy…wiiiiiiitttthhh… as she frantically searched for a point of torment before alighting on a letter that sounded like a pig taking a watery shit. After much agonised clarification we discovered that said sound was the letter E, although that might have been obscured by the sound of me punching myself in the throat.

Now, be minded that at this point we’re twatting along a motorway that has as many discernible features as a sheet of white paper. Apart from the random words ‘egg’, ‘elephant’ and ‘fucking endless’ I can’t think of anything that involves the letter E. Neither can Conjugal Kraken, who displays levels of patience with this game that I find, frankly, sociopathic. Things started to take a turn for the worse when Kraken Junior revealed her E word to be ‘everything’.

She then demanded that, because we, her parents, were so bereft of intelligence she should take another turn. This time she emitted a sound that made me think that the wing mirror had been sheared off. Really, it was the letter T.

We had a chance. Tyres? Trees? Tarmac? No. No. No. “It’s there!” she said, pointing like her fingernail was on fire. “Where?” I asked, frantic in the hope that this would end soon. “Theeeeeere!” she yelled, “Theeeeeere!” The police have told me otherwise but I think it was then that I tried to throw myself from the car. I didn’t attempt it soon enough though because the last thing I heard before I blacked out with the roaring frustration of it all was Kraken Junior hollering, “It’s T! T for ‘the cars have colours!”

Well in my head it was T for ‘tits up’ because that was the only place I was going by that point. If I could have twisted about in my seat I’d now be on the cover of the Daily Mail as a modern example of poor mothering. In fact I was F for fucking, H for hysterical. I actually felt as if Kraken Junior had removed my brain from my skull and pissed all over it.

And that’s why the next time we are in the car I’m giving Kraken Junior a cordless drill to play with because it’s actually safer than having to endure a game where she insists that the word ‘train’ starts with the letters C and H and I insist that ‘psychiatric ward’ begins with the word P.

If the Highways Agency gave even the slightest shit about road safety it would print the Highway Code with a grave warning about the dangers of playing I Spy in a moving vehicle with a small child. The next time we’re wondering how to pass the time on a long car journey I’ll suggest that we arse about with something that begins with L. That’s right, a level crossing.

What do you think of this post?
Fucktastic (16) Interesting (0) Meh (1) Boring (0) Shite (2)
This entry was posted in Parenting, Personal and tagged children, I Spy, motherhood. Bookmark the permalink.