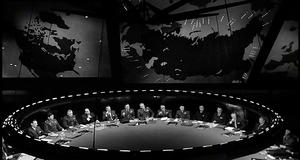 Look, as much as I adore technology there are days when I want to take that stick I used to wave at the sun and shove it up someone’s arse. That’s because there are days when technology takes such a giant shit on itself that it needs an excavator to dig itself out. Take, for example, the app that’s been brought to my attention by the bottomless wonder, Liat Hughes Joshi, who is now fearful for the sanity of parents. It claims to be the must-have app for families who want to stay together. It’s not. That’s because, really, it’s a must-have for the perpetually fucking insane.

Listen to this. The app is called Life360 and the point of it is to help parents keep an eye on their kids. The thing is, it has the kind of features that makes me wonder if it’s been created by a test-tube wielding maniac who roots through his neighbours’ bins for discarded knickers. That’s because it includes maps which instantly let you see the location of each family member and it’ll alert you when your spouse or kids arrive at or leave locations.

Worse, the app will tell you where your family members are going along with what they’ll find when they get there, including – get this – recent crimes and sex offenders. Yes, you read that right. It’ll tell you if a kiddie fiddler is in the vicinity. It’ll even send you alerts about recent crimes in frequented locations and allows your family to send panic alerts when, I dunno, Armageddon kicks off.

What in the dizzying realms of fuck is this all about? It’s not an app to help the family stay together and safe. It’s an app for weed-smoking paranoids who live in fear of their cat taking a shit in next door’s litter tray.

Yeah, yeah, it’s important to keep your family safe but this app takes that idea and drives it until it’s out of petrol and burning in an overturned in a ditch. I barely know what I am doing in the next ten minutes so I certainly don’t give a shit if Conjugal Kraken decides to spend his lunch hour in the park or in Greggs. He’s his own person, not an extension of my fevered panic. The guy can go wherever the fuck he likes.

More than that, the app alerts you to nearby sex offenders. Er, excuse me? So that if your kid comes within a five mile range of a pervert you can struggle into your Batman outfit before swooping in and dragging them from danger? That’s about as staggering as a Tory minister offering to help the homeless. It’s as if the donkey-brains behind the app want to create a whole new world of fear for parents before flogging them something to mop up the panic.

Yet the biggest problem with the app is that it assumes that parents actually want to follow their family’s every move. It takes paranoia to such towering heights that it would turn most sentient beings into Howard Hughes. Perhaps the creators of Life360 think that each household has its own version of The War Room from Dr Strangelove, where giant maps follow the movements of  sex offenders, small-time crooks and chuggers while your kids innocently blip across the screen. I can imagine parents glued to said impending doom, frantically rallying the local constabulary because their son or daughter is currently buying Tip-tops from the same shop once frequented by Pete the Pervert.

In fact I don’t know why the app stops at alerting you when your kids take a shit. Perhaps it could go so far as to master brain patterns so that we know what the kids are thinking too. In fact, this app isn’t so much a giant panic button for frantic parents as it is Orwell’s 1984 come to life. Seriously, if Life360 starts to come with a Room 101 add-on you know it’s gone too far.

So no, I won’t be downloading this app and neither will anyone else in my family. See, because as much as I don’t want to snoop on them I don’t want them to snoop on me. More than that, when it comes to my family I’d rather employ trust than technology. Yeah, that might make me old-fashioned but at least it won’t make me a creepy fuck-bucket. Download that, Life360, download that.

What do you think of this post?
Fucktastic (10) Interesting (0) Meh (0) Boring (0) Shite (0)
This entry was posted in Culture, Parenting and tagged children, Life360, parenting. Bookmark the permalink.

3 Responses to I Spy