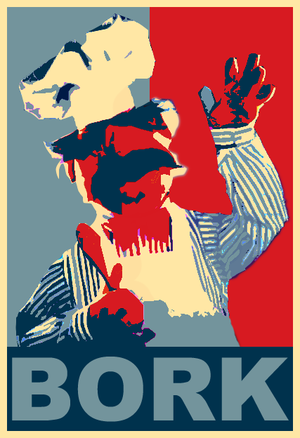 You know, the only decent reason I can think of for the existence of Rupert Murdoch is that without Sky+ I’d be subjected to such rage-inducing programming that I’d need to tazered. However, as much as I try to escape it there is one type of show that is the equivalent of a televisual virus, infecting channels and TV listings with the same devastation as smallpox. No, it’s not reality TV and no it’s not the light-flashing, horn-tooting juggernaut of the soap opera. Welcome, kraken-lovers, to the festering, flour-twatted world of cookery programmes.

You have no idea how much these shows make me want to skewer kittens with spikes fashioned from solidified moose pus, although something tells me you are about to find out. It doesn’t matter what channel you flick on or at what time you do it because you are inevitably faced with a faux-cockney beating the living shit out of an egg. If it’s not the several variations of Masterchef it’s entire weekend mornings of programming where men – because so often it is men – channel their misguided testosterone by lobbing a pinch of salt across any given studio like electrocuted javelin throwers.

And that’s the real problem with these spoon-obsessed shows: the people who inhabit them. Seriously, they seem to be the only people in the land who are inflicted with St Vitus Dance. In fact such is their jerking and twitching that they fling vegetables, crouch over pork loins or stagger around their chopping boards in some vain effort to make a pan of boiling potatoes look like dynamic telly. I wouldn’t mind their intensity, earnestness and sense of urgency if they were performing delicate surgery on the ventricles of an infant but, for fuck sake, they are not. They are knocking out a poncified version of cheese on toast.

Which brings me to the Frenchification of said cookery shows and the recipes therein. Jus? No, it’s fucking juice. JUICE! The same goes for creme anglais, otherwise known as Bird’s custard, and buerre blanc, which is butter that’s undergone a certain amount of kitchen-based abuse. Thing is, it’s all about the emperor’s new clothes, flogging to the audience the same old, same old but apparently it’s all tastier because you have to name the recipe with a shrug and a packet of Gitanes.

The same goes for the way this stuff is cooked. What in the fuck is pan frying, for example? Unless something is being fried on a car radiator can’t we just assume it’s being fried in a frying pan? And I almost shat out my own teeth when I first saw the terms ‘hand cooked’ and ‘hand dived scallops’ as if they solely involve Thing from the Addams Family. It’s enough for me to want to take a bacon slicer to James Martin’s over-heated knackersack.

Oh, and from what I have seen of the food critics who haunt these shows, I’d be more than happy to shove a pepper grinder into the cats arse-like gobs of the lot of them. Look, I have no doubt that they’ve successfully knocked-out the odd soufflé or reviewed their way around every eaterie this side of Nasa’s hydrated food department, but do they have to be so pucker-faced about the fact that they are getting to eat free fucking food? They are judging the consistency of sprouts, for God’s sake, not chairing an investigation into the fall of the Twin Towers. I mean, at what point did the presentation of spinach become a pursuit of such gravitas?

Now, I’m not a fan of cooking anyway. In fact I need a valium just to approach a warming oven. Yet these shows do nothing to encourage me into the kitchen either. That’s because if I wanted to partake of a giant willy-waving contest where I knock up a three second omelette in a Top Gear rip-off I’d call Jeremy Clarkson not Rick Stein.

All I can hope for now is that TV is now at saturation point with all of the frying, basting, boiling, searing, baking and marinating. With any luck the public is rapidly become so sick of watching people steaming carrots that they’ll now turn their attentions to paragliding or bog snorkelling instead. Oh, and if you enjoy cooking then go for it. Just don’t turn it into the sort of event that would have given PT Barnum a hard on otherwise it won’t be just the eggs that get beaten.

What do you think of this post?
Fucktastic (5) Interesting (0) Meh (0) Boring (1) Shite (2)
This entry was posted in Culture, Sleb and tagged chefs, TV. Bookmark the permalink.

4 Responses to Whipped Up