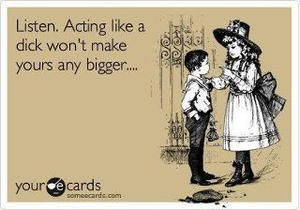 Look, if you’ve been running your peepers over this blog for any length of time you’ll know that the state of celebrity impresses me as much as the Government’s diluvian fuck-ups. It impresses me even less, though, when people with brains consisting of cat sick, gravel and lint are similarly shoved into the limelight. Katie Hopkins is one and I disposed of her body last Friday. That’s why today I have moved my festering attention to that wig-wearing, gurn-faced, tune-throttling fuck-nugget called James Arthur.

See, it’s been reported that, not content with his previous inability to communicate without shoving a thumb up his own arse, X Factor winner Arthur has been begging model Teddy Edwardes for sex. Only thing is that upon very sensibly turning down Arthur – after receiving such captivating messages as, “I would like to fuck the living shit outta you,” – Edwards made public Arthur’s series of tar-hearted responses which included such delights as, “You’re lucky I’m moving my thumbs for a random like you”, “Don’t flatter yourself alright”, “Little sket”, “What an attention seeking loser you are” and, hysterically, “Haha i (sic) have the best lawyers in the country I think I know”. Aye, that’s right Kraken-lovers, he really is as charmless as he is tuneless. In fact I suspect that dating Arthur is the social equivalent of sticking your tongue between the spinning blades of a combine harvester.

What in the squanderment of frontal lobes is wrong with the guy? For all his boggling assertions that he’s pop music’s rebel yell, really he is one white van and an open window away from being the type of cock-fumbler who hollers at women while lingering at traffic lights. Actually the only difference between Arthur and such men is that Arthur is kicking off his plastering/ plumbing/ building career by squinting at TV cameras rather than bags of screws in Wickes.

James Authur is so typical of his sexist ilk that he even tweets like the average troll. You’d think that a man with once-in-a-lifetime opportunities would have a little more grace but fuck no, not Arthur. Instead he trawls Twitter looking for women to harass and follows those who unwittingly provide him and his discarded socks with wank fodder. Then, after creepily befriending them, he begs for sex, mistaking a lack of punctuation for mating rituals. And when he is rightfully greeted with snorts of merriment from the disbelieving women he’s harassed he spouts nastiness and hate like a fountain built solely from Katie Hopkins’ skin flakes.

Go on, girls, think of all the times you have been accosted, harassed or shouted at in the street by men and recall how they spit “Bitch!” or “Slag!” when you politely refuse to show them your tits. Well James Arthur is that man, only technology is his pavement and he suffers from a terrifying inability of stopping his thumbs from repeatedly headbutting his smartphone.

Seriously, the sooner this competition-screwing halfwit is dragged out of the public eye the better. In fact, if I were Cowell I’d employ him to empty the bins out the back of Syco HQ. The only problem is that Arthur would then be found screeching and spitting at discarded teabags and coffee grinds because they’d refuse to be picked up by him too.

Still, for now I will take what I can get and if that means obliterating James Arthur from my cultural horizon so be it. I’m not a kraken who is prone to begging but if my knees were to graze the ground I’d do it while pleading with Simon Cowell to drop-kick Arthur into whatever sinkhole he crawled out of. Tweeting, singing, dating… whatever. The skank-arsed tagnutter needs to stop. From here on in news that he has done just that is the only James Arthur tweet I ever want to see again.

What do you think of this post?
Fucktastic (17) Interesting (1) Meh (2) Boring (1) Shite (1)
This entry was posted in Culture, Sexism, Sleb and tagged James Arthur, X Factor. Bookmark the permalink.