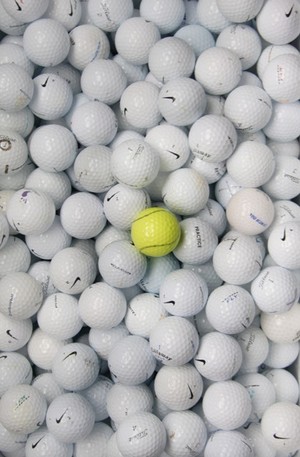 Fuck knows why I turn the TV on any more. It’s like opening Satan’s spincter with a hot speculum and watching the contents of his digestive tract pour onto my living room floor. And that doesn’t get any more true than today, on Sunday evening, thanks to a show that was broadcast by BBC 1. No, it wasn’t Songs of Praise or even a programme that involved the fingering of garage tat disguised as antiques. That’s because said colonic effluvium was the most vile show in the history of televisual broadcasting. Yup, it was the BBC Sports Personality of the Year.

You have no idea how much I despise and detest the BBC Sports Personality of the Year, although you are, of course, about to find out. That’s because it encapsulates all the things in the world that make me puce with rage. Forget Stephen Hawking’s equation for the existence of black holes, which includes such elements as energy, temperature and proportionality and entropy. What’s forming my black hole of fury is an equation that includes smugness, self-obsession, in-jokes and overbearing fucking chumminess.

For a start the phrase ‘sports personality’ is a raging oxymoron.  That’s because there are no personalities in sport, and yes I am aware of my generalisation. You see, modern sports ‘stars’ have been media trained to the point of inanity so that whenever they open their gobs, words come out but they don’t actually say anything. They smile for the cameras and vomit stock answers that are devoid of controversy, information and, yes, personality. In fact, the only time we seem to hear anything from sports stars that hasn’t been put through a bland machine is when footballers get accused, and occasionally convicted, of rape.

And if you make it past that monster flaw in the SPoTY effort, you then have to get your noggin around the raging cosiness that pervades it. That’s because on the BBC sports ‘personalities’ and commentators are so far up each others’ arses that they are interchangeable. Sports men and women drift from their discipline into studio punditry and that’s after they’ve spent anything up to decades granting interviews and insight to, guess who, BBC sports journalists. The result is that there’s such a staggering lack of impartiality that we may as well dump them all on remote Scottish island where they can procreate.

And that impartiality infests SPoTY like am air-borne virus. In a fuckfest that’s beamed right into our homes, the BBC dry humps not just ‘stars’ who have set foot on a pitch/ track/ course in the last twelve months, but those ‘stars’ who have been featured extensively by the Beeb too. Want to see a sporting genius from a discipline not covered by the BBC on SPoTY? Tough shit. You can’t. That’s why the show might be entertainment for the gawpers in the room but for the rest of us it’s as entertaining as me watching rats burrow through my fallopian tubes and nesting in my womb.

Really, the whole SPoTY endeavour is nothing but a club, an exclusive club made of nudging, brown-nosing, back-patting sporting-luvvies who fancy clambering out of a tracksuit for the night care of our licence payments. It gives the title of SPoTY as much veracity as David Cameron at a Lib Dem barn dance. The BBC will insist that the title is ‘prestigious’, but then again, it would, wouldn’t it? Yet it’s not prestigious, not unless ‘prestigious’ means it’s the only award that’s shoehorned into every other fucking BBC programme in an effort at backdoor advertising.

Oh, and if that little lot isn’t enough to make you pick up a book instead, the actual shortlist for the title of SPoTY reads like a who’s who of scrotal prowess. In other words out of a list of ten sporting achievers for 2013 only two of them are women. That’s right. The BBC reckons that of all the thousands of women who participate in professional sport in the UK only two of them are worth a mention. It’s not just tokenism. It’s an affront to sentient beings, unless, of course, said beings genuinely give a shit about whether Andy Murray wins.

All of which is why I’d rather see pygmy goats fountain piss into my telly than see the automaton forms of Lineker, Balding and Logan blow their way through the nation’s athletes.  At its best it’s neither entertaining nor representative, at its worst it’s the chance to witness exactly how insular the BBC really is. And there I was thinking that Children in Need was the greatest affront to broadcasting. Believe me, while the BBC is busy talking balls, it really ain’t.

What do you think of this post?
Fucktastic (1) Interesting (2) Meh (2) Boring (0) Shite (2)
This entry was posted in Culture, Sleb and tagged BBC Sports Personality of the Year. Bookmark the permalink.