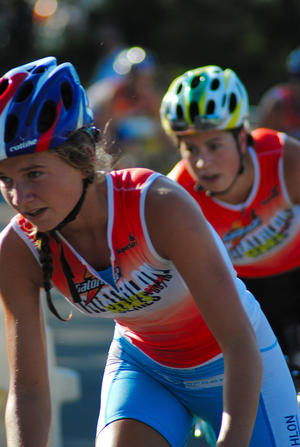 You know what, Kraken-lovers? I’ve seen some bogglesome cockularity in my time but the video I’ve just seen of the tennis player Eugenie Bouchard being grilled about her sex life minutes after beating Ana Ivanovic at the Australian open has made me claw at my own sphincters in distress. I now want to chain the world to a table, rip out its fingernails, shine a light in its face and ask it why it insists on snorting so much gak.

See, when Canadian Bouchard entered the Aussie Open she was ranked 30th in the world. Ivanovic was ranked 1st. Yet, and excuse the technical term here, Bouchard beat seven shades of quality turdage out of Ivanovic. Tidy, as they say, until she was interviewed on the court because while she was still wiping the foam off her chops an interviewer told her that she had a shit load of male fans who were all eager to know who she would like to date. You can see it here if you want to feel as if a thousand fire ants have nested in the part of your brain that stops you from killing idiots. Worse, when she answers “Justin Bieber” in a patriotic panic she gets booed. Yeah, BOOED. Because what every young female athlete wants within minutes of her greatest achievement is to hear thousands of men bark at her because she doesn’t want to fuck a man like them. Worse, the question was asked by a woman.

Seriously, it’s all I can do to not leap on the first flight to Melbourne with a cudgel stashed in my carry-on bag.  That’s because I need to find out how we got to the point where a female athlete’s achievements can be so easily outshone by her dating life. Bouchard isn’t alone though, is she? Fuck no. Inspired by Rebecca Adlington’s public issues with body image, BT Sport recently commissioned a report about the body image of 110 British sportswomen. It found that 89 per cent of the athletes identified with Adlington’s insecurities, 67 per cent of them felt their appearance was more highly valued by the media than their professional performances and 80 per cent felt the pressure to conform to a particular body image. That’s the equivalent of hearing a brain surgeon say he’s no good at his job because he has brown eyes.

Imagine Lewis Hamilton stepping onto the podium after the Monaco Grand Prix only to be asked if he’s still screwing Nicole Scherzinger. Or seeing Nicolas Anelka skip questions about his goal scoring ability in favour of remarks about who blew him off last night. It sounds ludicrous because it would never happen, what with men being grilled instead about their training regimes, expectations and team goals. That’s because, for some reason I can’t fathom, when men play sport it’s a profound, all-consuming and earnest experience which could never be matched by such frivolities as a love life.

So why is it that when women play sport at the same level it’s always seen as an addendum to a life that’s apparently better spent in pursuit of a hairless muff and procreation? Somehow, women are not allowed to dedicate every waking moment to their discipline in the way that men are because this renders them freakish. Just look at the national relief with which Jessica Ennis’ pregnancy was recently reported, as if her fecundity proved that she was a ‘proper’ woman after all. Whew! That was close. Great Britain almost had to shoulder the bleating shame of one of its best known female athletes choosing track n field over teets n milk.

Women just can’t win. You see, we beg them to take up sport while in school but when their bodies develop according to their chosen sport we tell them that they are too ugly to be taken seriously. Female swimmers are too muscled, marathon runners are too lean and discus throwers are too fucking chunky.  In fact, I barely know why women bother to clamber into tracksuits at all, what with the media wanting to see them in crotchless kecks instead.

That’s why by the end of 2014 I want to know how often Andy Murray beats one off, whether Luis Suarez is a fan of teabagging and if Jensen Button would consider marrying a transgender woman. After all, if female athletes are forced into the ritual humiliation of having their dating lives picked apart by the media, it’s only fair that their fellow sportsmen should endure it too. Perhaps by reducing male sporting achievement to their spooge output we can finally show men what it’s like to have a greater value placed on their sex lives than their sporting achievements.  Now that’ what I call a “Goal!”.

What do you think of this post?
Fucktastic (17) Interesting (2) Meh (0) Boring (0) Shite (2)
This entry was posted in Culture, Sexism, Sleb and tagged Bouchard, sport, tennis. Bookmark the permalink.