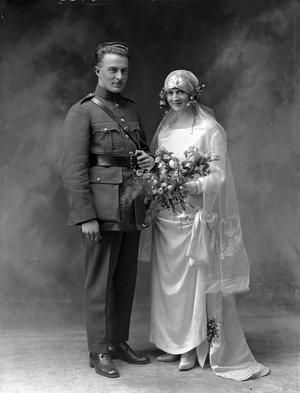 You know what it’s like when you’re watching TV. One minute you’re changing channels because the bland are blowing off the bland on the Royal Variety Performance, the next you’re lobbing your own faeces at random Tory MPs on Question Time. In fact I don’t need t’web to make my televisual experience interactive. I’ve been interacting with the fucker for years. Yet there is one thing that makes me, well, interact more than any other. In fact, it actually disables my various sphincters to the point where I nearly drown: it’s when people propose marriage to each other on TV.

You have no idea how much I want to dig up John Logie Baird, drag what’s left of him into a modern TV studio and force him to watch the abomination that is the nationally broadcast marriage proposal. I seriously suspect he’d react by fashioning a time machine rather than a telly so that he could eradicate his efforts to allow the mouthbreathing, tacktastic, arse-sighted, Elizabeth Duke buying public access to the watching world for the sake of their own nuptials.

Why in the knacker-dragging world of knacker-draggers would anyone propose to their partner on TV? For a start it is as personal, eloquent and loving as a bag of Haribo that’s been torn apart by cats. Yet clearly there’s this notion, amongst these idiot people, that if it happens on TV then it must be meaningful. That’s right, because the ability of technology to ping an image into someone’s living room has some magical impact upon an offer of conjugal bliss, that even though the request has come from the same bloke who farted in front of you ten minutes earlier, marriage will now exist on some higher plane.

Worse, these televised proposals are the high definition equivalents of blackmail. That’s because when you propose to your partner on TV you’re not exactly leaving them room to look at you daft before saying, “You’ve been drinking again, haven’t you?” What you are really doing is cornering them, not least because there’s an entire television crew and a thousand-strong audience holding its breath for the “Yes!”. And if you don’t mutter that three-lettered ball n chain immediately and with gurning excitement then you’re a heartless twat-badger who has no compunction about nationally humiliating their loved ones on TV. Never mind that the whole thing was the harebrained idea of the humiliated. It’s your response that makes or breaks it.

Now, Conjugal Kraken proposed to me while we were reading in bed a few hours after returning from a funeral. It was the antithesis of plastering our faces over a 56 inch screen and exactly how I wanted it. If you love your partner enough to want to marry them when they are snorting at a book, in a greying nightie, while farting under the duvet then it’s gotta mean something.

And that’s the problem with proposing on TV. I never actually believe that whoever is on one knee is fully committed to the words they are spouting. Look at it this way: the gasping majority of us rarely, if ever, get to go on TV, right? So how much of a coincidence is it that you will appear on TV at exactly the same time that you are so smitten that you want to marry? Which makes me wonder if people propose on TV not because they really want to get married but simply because they want to make the most of being on telly. Cynical? The Kraken? Never.

Oh, and don’t forget that you never see what happens after the proposal either. That’s because blah telly doesn’t necessarily include the spouses-to-be screaming at each other and lobbing the ring across the studio because they were supposed to wait until after the results of a pregnancy test before deciding whether to get hitched. By the time the couples get to that stage the director has already yelled “Cut!” and Ant and Dec are dragging their bollocks across the screen.

So every time I see someone propose on TV, rather than cooing “Awwww!” I holler, “For the love of God, woman! Just get in the car and drive until you run out of petrol!” That’s because I actually believe that people who propose on TV are the same people who make up divorce statistics five years later. That is, unless they can get Harry Hill to commentate on the birth of their first child or BBC Breakfast to lead with their first anniversary. That’s why if I was ever offered marriage on TV, a ring would certainly be involved but only because something sharp would be shoved up it. Now, will you marry me?

What do you think of this post?
Fucktastic (7) Interesting (0) Meh (0) Boring (0) Shite (4)
This entry was posted in Culture, Public and tagged marriage, TV, weddings. Bookmark the permalink.

One Response to Ring Finger