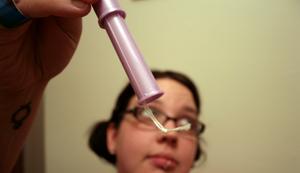 Burning beavers on a plinth of shit! Now today, kraken-lovers, I’m relying on you to tell me that the heat has finally gotten to my putrefying brain and that what I am about to tell you is nothing but a spinning delusion. In fact, I’d rather be told that, during the night, radioactive spiders clambered into my ear and took a massive arachnid shit in one of my frontal lobes. That’s because, in the last 42 hours I have discovered that women in Zimbabwe are charged $5 every time they scream while giving birth while, in Texas, women had their tampons and maxi pads confiscated when they entered the Texas Senate.

No I haven’t made that up. If I’d forced a mentally agitated baboon to eat a dictionary and then poked its belly until it sicked-up random words I couldn’t have made that up. In fact, here are the details, although I barely know which atrocity to begin with. Let’s be alphabetical and start with Texas and its debate over new legislation banning abortions over 20 weeks and shutting down state abortion clinics. Women watching the debate in the Senate gallery on Friday were divested of whatever stems their crimson tide because officials feared they’d be used as projectiles while – breathe deeply – guns were still waved through.

And Zimbabwe? Oh fuck, Zimbabwe. See, it’s been revealed that a local hospital charges women every time they scream with the pain of childbirth because they are “raising a false alarm”. This is on top of a flat fee for baby delivery which is charged by all Zimbabwe hospitals although when women can’t afford these payments the hospitals actually detain them.

What in the burning staggerment of molten fuck is going on? Has the entire planet scored a job-lot of gak and snorted it through the nostril of a volcano because that’s the only reason I can proffer for the piss-drenched lunacy behind both of these stories. Seriously, what in the bollocks happened between Thursday and Friday for the world to become so upset with women? Look, I know that the uber-sensitive, border-on-hysterical, ball-cupping world has been upset with women since we first bled through our vine leaves but it must have really hit the fucked-up button to do this to us.

I mean, I have no idea what it’d be like to nip into the House of Commons to watch an abortion debate only to be frisked for absorbent materials. I do know that if I were denied entry it’d have less to do with my collection of gusset duvets and more to do with my subsequent derangement being a threat to democracy. In fact, if any security guard demanded that I hand over my tampons I’d pull down my greying kecks, balance a foot on his X-ray equipment and whip out my stringy vaginal incumbent especially for his delectation.

And as for being charged for screaming during childbirth for raising a false alarm… A false alarm? What in the fuck is falsely alarming about being forced to unhinge your legs at ninety degree angles to your hips because a Winnebago is reversing out of your chundering foof? Shattering your tonsils because you’ve seen a bee would be a false alarm. Observing an entire human skull ripping through your taut biffins as its wild eyes open and glare at you as sure as shit is not.

So, according to these two stories, it’s no longer enough to deride women because their minge hair isn’t delightfully heart shaped or their tits aren’t a G-cup. No. Now women are being tormented because they are perpetuating the human race, by lining their wombs or spaffing out the Earthlings of tomorrow, in a way that makes two nefarious groups of grout-faced, mucus-swigging, fuck-knocking planks of wank go “Ew!”.

So you know what I’m going to do? From now on, to redress the global balance, I’m only ever going to visit the US when I’m bleeding heavily enough to stain my way across the nation’s seats.  And the next time I think there’s a money spider on my foot I’m going to spin the world off it’s axis with the force of my hollerment alone. Want to take my tampons or my voice? Well, you’re welcome to try it. Just don’t expect me to come quietly.

What do you think of this post?
Fucktastic (25) Interesting (0) Meh (0) Boring (0) Shite (2)
This entry was posted in Culture, Public, Sexism and tagged childbirth, Rexas, tampons, Zimbabwe. Bookmark the permalink.

3 Responses to Plug It