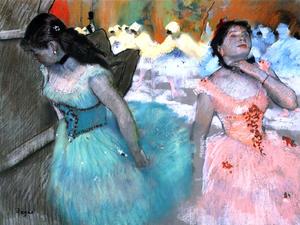 You know, this weekend I had a moment that was the adult equivalent of a child discovering that Santa is really the cackling Grim Reaper dressed as a jolly fat Norseman. I became so distressed at what I’m about to tell you that security guards circled me for a good fifteen minutes before I was considered safe again for public consumption. You see, I went to The National Gallery on Trafalgar Square and discovered that sexism belonged not in the ancient paintings but in the uber-modern gift shop.

No shit. After wandering through the various rooms and wings of said gallery – and, frankly, feeling so awed and inspired that I actually had a moment of sobbage in front of Van Gough’s crabs – I lurched into the gift shop. And that was when the Grim Reaper scuttled over to me and dropped his faux-festive sack at my feet. See, the book section of the gift shop included tomes for kids. The problem was that two of those books were entitled “Drawing, Doodling and Colouring for Girls” and “Drawing, Doodling and Colouring for Boys”. I won’t bore you with the content of said puss-boils because, sadly, you can guess what they contained.

What is in the giddy annals of fuckety fuck is The National Gallery actually thinking? That’s if it is thinking at all, of course. See, the place may be stuffed to wild heights of intellectual spaffage with experts, historians, archivists, curators and restorers yet it then goes on to commit a sexist crime of such imbecilic proportions that perhaps all of that canvas dating has persuaded them that it really is 1756.

Now, The National Gallery is a place of such wonder and magic that I can’t work out why it doesn’t have pipes actually pumping distilled inspiration out into the Thames. Thanks to its collection men, women, girls and boys alike wander through the centuries seeing the actual daubings of Turner, Canalleto, Rubens, Van Gough, Seurat, Monet and just about every other genius who has ever fingered a tube of flesh tint. It’s as if Willy Wonka got sick of fodder and turned his attention to canvas instead. Whether you’re sporting a foof or a schlong, it’s an utter wonderland.

So why, in the dizzy depths of Satan’s arse-marbles, do you get to the gift shop only to be told that said foofs and schlongs render some of this art for girls and some of it for boys? See, when I collapsed into the gift shop in a state of oil/ acrylic/ pencil based derangement my cranial nook was bouncing with lots of words but ‘gender’ was not one of them. That’s because up until this point I’d thought that gender had fuck all to do with producing art.

Imagine being a wonder-struck child mesmerised at the sights of the gallery, only to get to the book shelves and be told they have to check the contents of their gussetry before enjoying a certain type of artwork. It’s the equivalent of members of The National Gallery sniggering because the male Degas painted ballet dancers rather than monster trucks or because Monet plumped for waterlilies rather than wrestlers.

So does The National Gallery really believe that its visitors’ preferences for art are based on their gender? And if so why in the fuck is it pimping books that say exactly that?

That’s why the best thing The National Gallery can do is to remove the books that segregate art and burn them. If it wants to displaying great works in 100 years’ time it needs to tell children that when they pick up brushes it’s with imagination, passion and skill, not with those strands of DNA that rendered them male or female. If The National Gallery had the courage of its convictions then it could make great art too.

What do you think of this post?
Fucktastic (20) Interesting (2) Meh (0) Boring (1) Shite (0)
This entry was posted in Culture, Public and tagged children, sexism, The National Gallery. Bookmark the permalink.