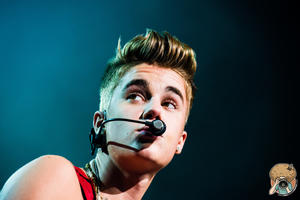 NB: This is a post wot I wrote back in August 2013 thanks to my enduring rage against Justin Bieber I felt the need to reprise it. Dunno why. I could have written a new post but the flop-haired little fuck has already taken up too much of my liberally sprinkled bile. Get stuck in, kraken-lovers, get stuck in…

As you can imagine, kraken-lovers, there are a lot of people who make me piss-freezingly furious. In fact if a load of you got together you could probably play bullshit bingo quite easily with the proceeds of my blog over the last year. Yet there is one cock-knocker, one twat-handle, one goon-faced pus-sucker of such magnitude that the fact that I have yet to address him may stun you. So, are you ready for this? Then I bring you none other than simpering teen-fumbler Justin fucking Bieber.

What a pestilent little shit Justin Bieber is. Even though his music is the marine equivalent of a constipated whale taking a lengthy dump, his behaviour has actually managed to eclipse the noise that he emits whenever he’s shoved onto a stage in an alleged sizzurp-induced haze. Lately he’s been in the news not just for walking like a knock-kneed line-dancer or for wearing his trousers so low over his arse that you can see his one pubic hair but because he’s one windfall away from being one of those pizza-faced hoodies who hang around the late-night Spar.

First he allegedly lets his puppy-fat paws roam over assorted models, then he’s perpetually late for concerts even though some poor minion or other would have written the dates on his Peppa Pig calendar for him. After that he’s in trouble in Dubai for blazing through six speed cameras in his Lamborghini before pissing in a cleaner’s mop bucket in a restaurant while, bewilderingly, giving a picture of Bill Clinton a squirt of Mr Muscle. Finally, although this is only final until his next PR fuck-up, he and hit mates spit at his gathered fans from a balcony, like irate baboons in an abandoned zoo.

He’s a staggering example of encuntment (and I don’t use the C-word easily, not least because my mother reads this), not just because he is clearly suffering from  some sort of messiah complex but because the more moronic the guy becomes the more his fans seem to cling to him. He’s like a one-man implosion, dragging teenage girls into the black hole he’s forming as he goes. God knows, if my daughter liked Bieber I’d arrange an intervention. Then again if my son was Justin Bieber I’d give the fucker a smack around the ear and a three-week shout down over not treating people like they are the shit on your Nikes.

Why has no one taken this guy in hand yet? Now I know that bad behaviour is all rock n roll but there is something cheap and nasty about Bieber’s antics. It’s as if he has such a stunning disregard for the people around him that he actually thinks he is invincible. I dare say he does, especially if he’s surrounded by yes-boys who continually egg him on.

And OK, he is just nineteen except that’s not an excuse for the way he is acting. Look, I’m not suggesting that he has a duty to be Mr Nice Guy just because hoards of tweenies are self-harming in his honour but I am suggesting that there is something really badly wrong with him and the people around him if he’s being allowed to squander his alleged talent and millions by publicly morphing into either Beavis or Butthead.

And you know what makes all of this even worse? His clear sense of entitlement, such as he showed when taking over a sky-diving centre and leaving without paying. Believe me, that takes some arrogance, even for a kid who has the undropped bollocks to pitch up at an event to complain about the press he’s been happy to court in his rush for world domination. Like Mark Wahlberg said about Bieber recently, “pull your pants up, make your mom proud and stop smoking weed, you little bastard.”

And if this lot isn’t bad enough Bieber has the most despicable eyebrows this side of a caterpillar attack on a bald man. They are permanently arched, as if every thirty seconds he’s being unwittingly anally intruded upon by a rampant goat.

So in the words of the great Malcolm Tucker Bieber needs to fuck the fuck off. I don’t care where he goes or what he does as long as he’s no longer polluting my eyeline with his cockwombelry. With any luck his fans will shun him, his entourage will attach itself to the next big thing and he’ll be left to think about how extensively twat-like he’s behaved to the people who helped him get to the top. Failing that I remain available for that smack around the ear that he needs. Anyone want to hold him down while I do it?

What do you think of this post?
Fucktastic (10) Interesting (0) Meh (0) Boring (0) Shite (2)
This entry was posted in Culture, Sleb and tagged justin bieber. Bookmark the permalink.