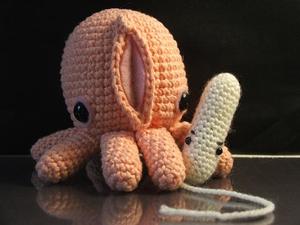 Look, if you have read this blog for any length of time you’ll know by now that I’m not shy when it comes to discussing bodily functions. In fact, most of my posts contain some reference or other to cheesy cock-knobbage, anal seepage or death breath. It’s just the way I roll. I do, though, have a problem and that is with tampon adverts. Not because they have the clammy balls (see?) to publicly refer to the otherwise private process of uterine functions but because they don’t refer to uterine functions enough. That’s right, when it comes to periods there are a shit load of facts that advertisers never tell you and here are just a few of them (and it goes without saying that this is gonna be gory):

Clit-clinging string: Yup, you read that right. Even though ads portray tampons as absorbent bullets with gravity-controlled strings the reality is that said strings hang anywhere but down. Seriously, the tampons I use seem to have been developed on the International Space Station. I’ve peeled string off my love button, from betwixt my flapper-pokery and even from my Biffins Bridge when said string has attempted to impersonate a wayward tapeworm. God knows, I have even had to root around in my portcullis to find it when it’s curled into a ball. Easy to access it aint.

Cervical sandpapering: Yeah, yeah, we all know that we should only wear tampons of the appropriate absorbency but I’ve lost count of the times that my flow has drained to a sudden halt within an hour of my conjugal nook being stuffed with a Super Plus.  That’s when I have to try to get the thing out without feeling as if I have blowtorched my entire abdominal cavity. So it goes in like a butcher’s dog after a rabbit but comes out as if it’s digging in my uterus for choc drops.

Wayward clots: OK, so tampons are absorbent when it comes to blood, but when it comes to solids they are as useful as a gak-addled squirrel in a nuclear bunker. Now, I tell you this as a 42 year old kraken, for whom periods are a chance to shed such enormous layers of her endometrium that I could wallpaper the Palace of Versailles with them. The result is that I spend a colossal amount of time unleashing clots from my nook every time a tampon is removed. I once saw hermit crabs being raced across the floor or a bar in the Maldives. Seeing my clots do the same in a toilet bowl is startlingly similar.

Leakage: Look, it’s all very well for tampon manufacturers to tell women that they need to change their tampons when they reach the Defcon 1 of maximum absorbency but how do I know this unless I’ve already rendered my knickers burnable? Seriously, I’ve been known to get through eight Super Plus in sixteen hours and I only know it’s time to re-plug when my gussets look like extras from a Chucky film. That means having to wear knicker protection as well as a tampon which leaves me so packed with padding that if I stepped on a land mine the only thing that would survive is my vagina.

Static wrappers: Am I the only woman who spends boggling amounts of time in toilets flapping her hand because static has forced a tampon wrapper to stick to it? It doesn’t matter how I rip open the tampon, the fucking plastic that surrounds it clings to my skin like a starving leech. It means that while I should be concentrating on the immediate danger that is an unprotected luge at the peak of a dangerously heavy period, instead I’m practising semaphore.

Too few hands: After twenty years of managing my periods, this much I have learned: I do not have enough hands. Why in the fuck Mother Nature gave me one pair of paws when periods mean I need six is too beyond me for description. I need hands to keep my pants off the floor in a public toilet, to unroll the toilet paper, to remove the plastic cover of the tampon, to pull out the tampon insert, to aim the tampon at my sinkhole of delight and a hand to, how shall I put this, draw back the middle room curtains. It’s like an intimate game of It’s a Knockout but without the rapey bloke who laughs through it.

Bloody hands: No one ever talks about it, but if you have never found gore splashed up your digits after handling your uterine produce then you are doing something wrong. I shit you not, there are times when I am up to my wrists in the stuff, making me look as if I’ve spent the morning birthing calves. Undeniably my periods are stupidly heavy but even on my lightest days I am in danger of fingerprinting the bathroom with my special brand of red ink. I’m a forensic scientist’s wet dream.

All of which is why tampon adverts need to cut the blue-water bollocks. We women know exactly how gore-splattered periods really are and until tampon manufacturers start producing elbow-length gloves, unfolding-mops, knee-length strings and guttering it looks like that is how it is going to stay. Yup, hell really is bloody.

What do you think of this post?
Fucktastic (23) Interesting (1) Meh (0) Boring (0) Shite (1)
This entry was posted in Culture, Personal, Public and tagged periods, tampons. Bookmark the permalink.