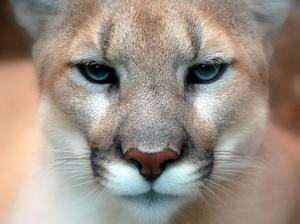 Bloody hell. You know how the definition of relaxation is having the time to flick through a favourite magazine? Well I did just that this weekend but rather than becoming relaxed I became so saturated with fury and bile that I actually leaked all over my own gussetry. That’s because I read Look magazine (for the fashion, darling, for the fashion) and found such a stonking wad of a double standard that it’s hard to believe that the mag didn’t spontaneously combust upon production.

See, Look has a ‘Love Lives’ page where it speculates wildly on the ‘on’ or ‘off’ status of various slebs. In the latest issue the mag has a snippet about the alleged romance between 19 year old Harry Styles (One Direction) and 33 year old Kimberley Stewart (Rod Stewart spawnage). It’s entitled Cougar Town and makes mention of Desperate Housewives and “older ladies”. Overall it’s just a printed scream about their 14 year age gap.

Yet here’s the problem: on the same page are snippets about the Johhny Depp (49) and Amber Heard (27) fumblings as well as the Marc Anthony (44) and Chloe Green (22) snogathon. Now the age gaps are 22 years and 20 years respectively but not once does the mag refer to the apparent freakery of the age differences. So why in the fuck is it at pains to bang on about the age gap when it’s the woman who is older?

Seriously, I expected better from Look. Yeah, it’s a fashion mag but every issue makes an attempt to push women’s rights. In the latest it waves placards about female circumcision and the alleged demeaning treatment of a Victoria’s Secret model. It also regularly showcases latest fashion must-haves on plus sized models. So how in the frig it slipped back into 1970s sniggering over the love life of a grown woman is as clear to me as the appeal of a roadkill dinner.

For a start I have no fucking clue why the word ‘cougar’ should be used to describe Stewart, a woman in the prime of her youth. Worse, I have no idea why, if the use of this term is OK for the Styles/ Stewart romance, the term ‘predator’ isn’t OK for the fretting over the state of Depp/ Heard and Anthony/ Green. If Look is that hung up on age gaps then it needs to turn its panic towards the men who are dating much younger women. Women, in fact, who are young enough to be their daughters.

Now I don’t give a shit about age gaps – Conjugal Kraken and I share different decades – but Look clearly does give a shit, and all of this suggests that it has a greater problem with age gaps when it’s the woman who is the older partner. If an alien read this it’d think that Stewart has pissed over modern morality by dating a younger guy. Worse, Look’s staff list is female, with the odd male exception, so it’s not even men who are writing this ballbag of sexism, it’s women.

How in the dragging sacks of spaff is this a depiction of modern women? It’s as if the people who work at Look are bug eyed and staring from behind their quivering fans at the spectacle of a woman making modern life choices. Worse, the ‘problem’ is one that’s been foisted on women by society and eagerly lapped up by whoever produces these magazines. Do the women who write this stuff really, genuinely believe there is something wrong with the Styles/ Stewart hitch-up or have they simply assimilated the constant social and male message of what women ‘should’ be?

So if Look wants to retain this particular reader it needs to shove a stick up sexism’s arse. It’s made inroads into standing up for women but it needs to make one fuck of a load more. The next time I pick up the mag I want to hear how I, as a strong woman, am accepted for my informed life choices. You can keep the dresses. It’s the principles that are forever in fashion.

What do you think of this post?
Fucktastic (19) Interesting (2) Meh (1) Boring (1) Shite (1)
This entry was posted in Culture, Sleb and tagged age, age gaps, Look, stewart, styles. Bookmark the permalink.